The Truth of War

​In this project, we learned about different wars and we studied what it was like before, during, and after those wars. We read the book, The Things They Carried by Tim O'Brien and we watched a Ken Burns documentary. There were three veterans that came to our school so we could interview them. We learned about the weapons and combat methods they used. One Weapon that I found interesting was Napalm. Napalm is a sticky flammable substance that is made into a bomb that keeps on burning when it sticks to something. When people back in America saw what war was like, they started protesting. Some were shot or beat for protesting. That only rattled up the anger even more. When soldiers returned back home, they weren’t received with a warm welcome. A lot of people were mad at them because they had killed so many people. They didn't even pay attention to the emotional damage and trauma they developed from the war. A lot of Americans were against communism even though they didn't really know what it was.

We showcased our learning by creating an exhibition. We set up a total of six rooms. Each room displayed different information. The rooms we had were Living Room, Soldiers on the Battlefield, Soldiers Emotions, Vietnam Perspective, America Divided, and Retrospective. In room one, there were students acting a scenario of what American families saw on the television during the Vietnam War. Room two was set up as a battle war scene. This room showed what it was like to fight in Vietnam. It would also show what it would be like if you got injured. In room three, we had students acting like sad American soldiers at camp in Vietnam. They would be displaying healthy and unhealthy ways that soldiers dealt with the emotional stresses. There was also an audio recording with subtitles of powerful quotes from the veterans we interviewed. A poster with veteran George E. Usinowicz photographs from the Vietnam War was hung so people could see them. Room four was information about the Vietnamese citizens. There was information about attacks and leaders that they had during the war. It showed what the life of a Vietnamese citizen looked like during the war. In room five, there was a band playing music from the era. At the end of the performance, there would be students acting as protesters against the war. Finally, room six honored those who died during the war. It showed memorials and methods people used to mourn for those they lost.
​
​I strengthened my collaboration, refinement, and listening skills. I did whatever I was ordered to do. I worked with my team so we could get great quality work done. I am especially proud of how I set up some rooms in our exhibition to make them look like jungles. This takes me to how I strengthened my refinement skills. I dedicated a lot of my time to refine the jungle so it would look nice and realistic with the materials provided. I also strengthened my listening skills when we interviewed veterans. I didn’t interrupt them and I showed active listening skills by facing the speaker and having eye contact. An area of growth would be not being distracted by others and speaking up when I have ideas. I did notice that when I finished doing something, I would do something else that did not benefit the project. I would like to change that by being more focused on our next project. I did speak up at the very beginning of the project but I felt like my ideas were being rejected and not considered so that is why I stayed quiet for the rest of it. On our next project, I don't want to let fear get in my way.

When we studied this topic, my thinking changed a lot. In the beginning, I didn't have a good understanding of how war was like. I had no clue on the emotional struggles soldiers had before, during, and after the war. The veteran interviews helped me see what was going on inside. One thing that is true about war is that it has a negative impact on soldiers. It messes with their emotions. It doesn't only hurt them but the people that care about them too. It takes a lot to recover from the traumas and the emotional damages. We are sending out beautiful souls out into a cruel environment only so they can come back home with a broken soul. Some don’t even get to make it back home to their loving families. War sure does mess people up. War crosses the line. Once you have gone through an experience as bad as war, it is very hard to go back to being the person you once were. 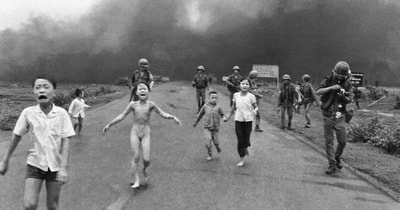 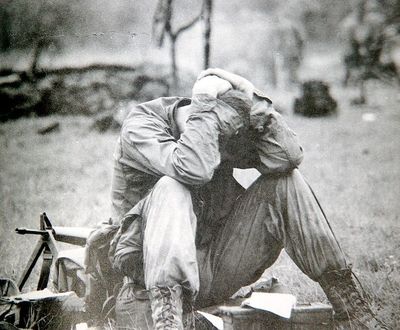 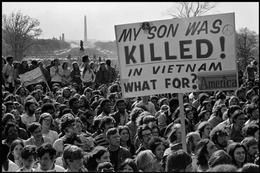